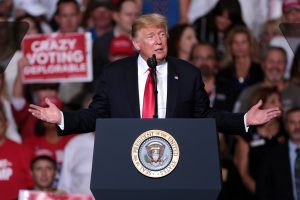 The Trump administration, in a joint effort between the Department of Homeland Security and the Justice Department, has been in the process of implementing an experimental pilot program along the Southern Border of the United States designed to fast track the processing and deportation of asylum seekers from all over the world. The goal is essentially to render non-Mexican immigrants ineligible for asylum when they reach the United States. Reportedly, this new initiative is part of the “Remain in Mexico” pilot program aimed at punishing and restricting access to asylum seekers who travel through a third country to reach the United States. Indeed, Amnesty International is calling the program a “migrant rejection policy.” Although the Department of Homeland Security has not publicly or officially revealed details about when and how this program has been operating, private Immigration Attorneys have been learning about it firsthand as their advocacy efforts and access to detained asylum seekers have been newly thwarted.

Immigration Attorney, Edward Shulman, founder of the Shulman Law Group, was interviewed by several grassroots immigration advocacy organizations this morning to weigh in on the implications and potential consequences of this anti-immigrant initiative. Shulman vocalized his concerns that the pilot program not only violates civil rights but disallows asylum seekers the opportunity to undergo a critically important credible fear interview. Shulman states “the program’s intent and restrictions equate to the inhumane treatment of individuals who are oft-times fleeing for their lives due to extremely dangerous circumstances in their home countries.”

Shulman also noted that what is worse is that under the pilot program, attorneys who were erstwhile granted access to clients in ICE facilities to offer counsel prior to asylum interviews are now being disallowed the opportunity to see or speak with their clients detained at the border security stations.

Shulman further explained that intending immigrants seeking protection can now only seek lesser forms of relief and that they must meet more stringent criteria and satisfy a higher standard to prove that they will face persecution should they return to their country of origin. Shulman added another important point that “inherit within this new Fast-track initiative is a tighter timeline which makes it almost impossible to expediently procure necessary probative documentation needed to help clients prove the merits of their case.”