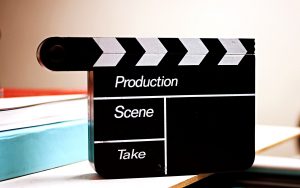 On Thursday, October 10, 2019, film crew for an upcoming Documentary entitled Motherland visited the Shulman Law Group, a prominent Immigration Law Firm, located in Elmwood Park, New Jersey. Head Immigration Attorney and firm founder, Edward Shulman, was filmed to provide contextual perspective and legal insights regarding the main subject of the documentary who was a former immigration client of Attorney Shulman.

Motherland is a heart-wrenching and powerfully compelling documentary that chronicles the life, struggles, and unfair deportation of a DACA recipient from Albania who lived in the United States since he was a toddler with a pristine record only to be arbitrarily deported by an ICE agent because he wanted to hug his father who was about to be deported. The documentary also serves to show the post-deportation life in Albania, a country he has never known since he left with his family at the age of 3 years.

While documentaries about Immigration are important to provide first-hand, personalized accounts of the obstacles and legal struggles of immigrants, this particular documentary is especially evocative and gripping because it casts an important light on the victims of the immigration system and the abuses of power and arbitrary decision making of ICE agents. At the conclusion of filming, Shulman stated “It is my hope that his story will ultimately find a deservedly happy ending and that his journey of immigrant victimization will resonate with audiences willing to advocate for change in the power and discretion officers are allowed.”