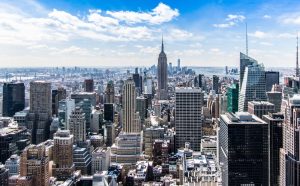 Under new legislation signed by Governor Andrew Cuomo, undocumented immigrants will now have access to driver’s licenses in the state of New York. This new bill reverses a nearly 20-year ban in the State and thrusts New York into the polestar of the already vitriolic national debate on immigration.

Immigration attorney Edward Shulman of the Shulman Law Group, an Elmwood Park-based immigration firm, weighed in on Governor Cuomo‘s new legislation. “I commend Governor Cuomo and the New York state legislators on passing critically important access to undocumented immigrants. It is important for people to understand that allowing this access dually benefits both intending immigrants as well as the public at large. Indeed, it helps to improve road safety by making noncitizens who drive procure insurance and obtain annual vehicle inspections.

Attorney Shulman applauded Cuomo‘s efforts and those of the 12 other States plus the District of Columbia that have similar laws, noting that he hopes the State of New Jersey will soon follow suit. His only concern is whether information about undocumented immigrants, gathered by the State Department of Motor Vehicles, may be obtained by Federal officials and utilized for immigration enforcement purposes. Shulman expressed cautious optimism about the reportedly “ample protections built into the bill that would make it difficult for Federal officials to access data collected by the State.

Under the bill, a driver’s license holder must reportedly be notified within three days if any request has been made to access their personal data. Shulman further noted that a court order would have to be obtained before the State could release a driver’s information to Federal government officials.